THE EFFECTS OF TURBIDITY IN WATER 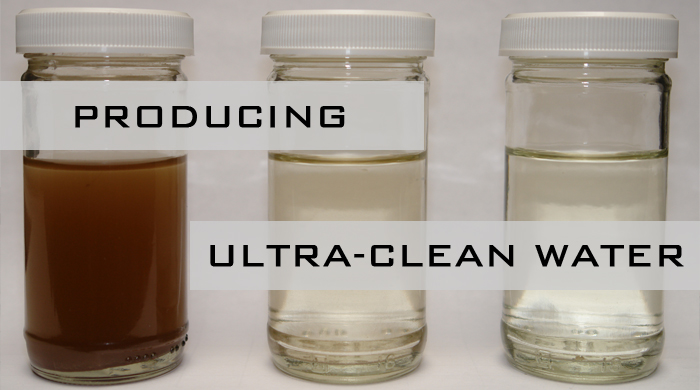 Particle contamination that occurs within process water both limits and diminishes a system’s performance causing it to work harder and use more energy. Those same particles also cause equipment to fail, such as sensors, gauges, and valves. With today’s global water shortages, gone are the days of low cost water and waste water disposal, so the importance of water recycling is ever increasing.

The measurement of turbidity is a general testing method used for determining the quality of water. Turbidity in water is the cloudiness or opacity caused by a collection of individual particles (suspended solids) that create visibility issues, similar to the haziness smoke creates in air. As water collects particles of many different sizes from its surrounding environment, some material will be large enough and heavy enough to settle rapidly to the bottom of a water sample (the settable solids). The very small particles will not settle when water moves, or is regularly agitated, and will remain suspended, so note, it’s the super fine suspended solids that most often causes water turbidity.

In process systems, water has a purpose/function. A higher concentration of suspended particles in the water equals a higher turbidity level. Those solids that cause the turbidity are made up of tiny dirt particles and bacteria. Turbid water does not provide the same performance in mechanical systems as clean water and will lead to nozzle, valve, and emitter problems. Solids can also be abrasive to metal, and will diminish the water’s ability to release heat, which will dampen thermal rejection and cooling performance. When high turbidity occurs in system lines, it effectively replaces the system’s clean water with mud.

REMOVAL OF SUSPENDED PARTICLES IS CRUCIAL

Due to water scarcity, facilities are finding it necessary to recycle used water. Proper filtration is the key to water recycling and is therefore a critical concern to any system or facility that uses process water. Through our standard and custom HEF system designs, GreenWater Technology provides a remedy for all by removing particles to the sub-micron level.

This side by side comparison shows the water quality in a cooling tower both before GWT (left) and 30-days after a GWT HEF System was installed via side stream (right). No other treatments or flushes occurred between photo shots. Samples taken from this installation indicated that the water’s turbidity and particle counts dropped by > 99%. Note the spotting on the basin floor in the picture’s bottom right which is scale and bio-film lifting back in to the water before filtering out of the loop.

One of the primary reasons why industrial water recycling has been discouraged until recently is that water must be relatively clean for use in process systems. Inadequate filtration that does not remove super-fine solids prevents the ability for water to be recycled for use through extended applications due to escalating particle contamination that grows over time. What’s most critical for successful industrial water recycling is making sure that the water quality will not diminish system performance, or cause equipment damage.

RECYCLED WATER HAS ITS ECONOMIC BENEFITS

The extended life of water that comes from improved water quality can cut consumption alone by 90% or greater for most process systems, making it an advantageous option to elect. Furthermore, the additional value that is derived from using clean water in a process loop also translates into energy, labor, chemical and perhaps most importantly, financial savings.

For those with fiduciary responsibilities, proactive steps are sometimes considered a responsibility if they are beneficial to both operations and the overall budget. Similarly, waiting for mechanical or process equipment failure does not provide any reasonable excuse to continue wasting water, time, energy and other capital resources. The ability to reuse the same batch of water without ever disposing and replacing it is still a foreign idea to many facility managers, but in today’s world of ever increasing regulations that can be outmatched by smart technology, its already happening.

Through savings, the cost of adding an HEF system is often recouped within a 24-month period. This measure does not reflect avoided disposal fees or penalties, further adding to the value and benefit of HEF systems. It’s simple arithmetic: Use less water, use less energy, and use less capital resources to improve water quality for better system performance with GWT.