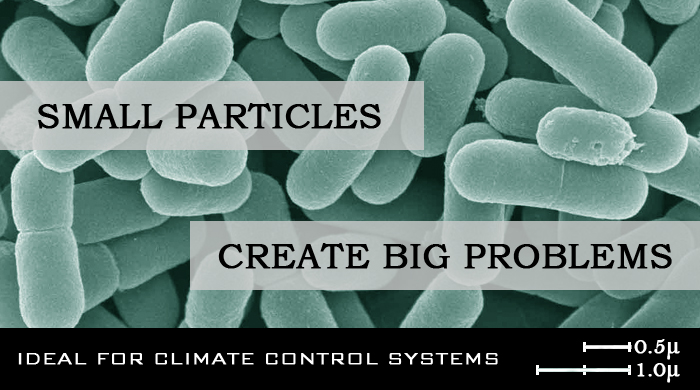 New standards will hold accountable any person or organization affiliated with a facility’s water system and/or its water loops that harbors bacteria in the event of a traceable contagious outbreak. These standards apply to anyone involved in the facility’s design, condition, maintenance, service records, testing records, and/or water quality treatment(s).

Micro-organisms can carry with them high a degree of of health risks. One of the most common strains to affect facilities carrying a high level of risk is legionella, a soft-bodied single cell bacteria that colonizes and acclimates well in open water loops. While there are many strains of of this water-borne bacteria, infections caused by certain strains result in human sickness, including vomiting, fever, diarrhea, or even death. Unfortunately, legionella strains are not limited to life under water. The harmful micro-organisms are capable of transcending distances of more than a mile from their source in the form of aerosol water droplets that float through the atmosphere. The possibility of spreading to other nearby water loops makes any facility vulnerable to attack at any given time.

The most commonly practiced method to treat a water loop for biological activity prevention is through chemical dosing alone. The positive result from this practice is neutralization of biological development. The negative results are the regular recurring costs, including labor and chemical costs, and that the often used chemical agents are corrosion inhibitors that damage expensive capital equipment. Since most sample testing is done manually and effective tolerance levels have broad ranges, doses are typically dispensed in-situ both liberally and generously, adding to more corrosion and higher costs. However, by not removing the dead bacteria, it’s easier for the remaining micro-organisms find both nutrient and shelter.

The inconvenient alternative to adding intense levels of chemicals to the arteries of expensive equipment, is system blowdown which adds to increased water consumption, downtime, and operating costs. Falling behind on service schedules adds more corrective procedural requirements, that can take systems off-line to evacuate the existing process water and refill a clean batch into the system. For either method, the trade offs are costly and neither is favorable, for which many systems remain improperly treated.

With all the advancements in water treatment over the past 150 years of industrial use, we find that the most effective way to remove the threat of fouling is quite simply to remove the the particles that cause fouling from the water itself. GWT HEF systems provide 24 x 7 system treatment against microscopic particle contamination, including the micro-organisms and their primary nutrient food sources that lead to bio-fouling. Micro-organisms are less able to thrive in a clean system, so the all important first measure to prevent the development of biological formations is to remove the particles that increase the threat from the water loop.

On a single pass, Revolution HEF systems remove over 95% – 99% of Total Suspended Solids (TSS) and Turbidity from water, leaving only behind the harmless particles smaller than a half-micron (0.0000005 meters) in size.